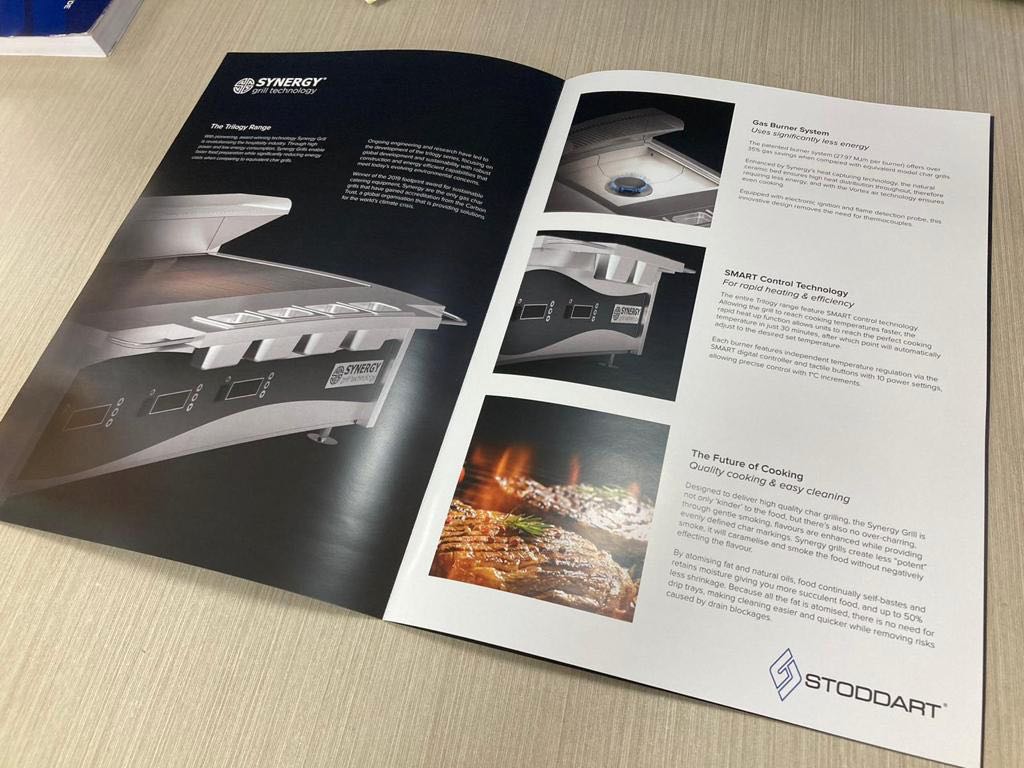 You would think that attempting to sell BBQ’s to the Aussies would be met with the same response as selling coals to Newcastle or pine to the Scandinavians, but one British Manufacturer has done exactly that, after securing a significant order that will see their unique technology, designed and manufactured in Cambridgeshire, used by hotels and restaurants across Australia.
Thanks to its Internationally patented gas turbine technology, that cuts energy consumption by 59%, Synergy Grill Technology offers a comprehensive range of environmentally responsible quality grills which boast better food quality, in tandem with low energy usage. Pair this with Synergy’s fat atomisation process which vaporises fat molecules into carbon dust that can be vacuumed later and it is clear why Synergy Grill has grabbed the attention of chefs and the wider hospitality industry in the southern hemisphere.
Justin Cadbury, Chairman & CEO of Synergy Grill Technology explains what grabbed the Aussies attention:
“Synergy Grills have been developed to create better tasting, healthier foods with low energy usage, whilst saving operators money as well as protecting the planet.
Synergy Grills self-baste the food as it cooks, locking in the moisture and resulting in a more succulent food product, meaning that a wealth of Australian meats and fresh produce can be cooked on the grill whilst still retaining those all-important juices. From beautiful Australian Wagyu to tender grilled shrimp, the possibilities with Synergy really are endless.
Instead of a fat tray Synergy Grill technology actually vapourises the fat back into ashes (and we know how much the Aussies like to retain those) so that it can be vacuumed up later. When you also take into account the significant energy savings that the Synergy Grill provides, you can see why Australian chefs are bowled over with the advantages.”
The breakthrough into Australia has proved to be a major boost both in terms of company morale to the young workforce who see a long-term career structure opening up, and a further financial elevation which is so vital to a British technology company which needs to fund both sales growth and new product lines to create further export opportunities around the world.
So impressed have the Australian’s been with the Synergy Grill it won a prestigious Award for Product innovation at Australia’s largest trade show.

You would think that attempting to sell BBQ’s to the Aussies would be met with the same response as selling coals to Newcastle or pine to the Scandinavians, but one British Manufacturer has done exactly that, after securing a significant order that will see their...
Read More

Synergy Grill Technology is encouraging operators to #ChallengeSynergy at this year’s Hotel, Restaurant & Catering show by taking their gas bill to stand P505 to see how much they could save when they switch to Synergy. Utilising the company’s cost savings...
Read More

The more you delay, the more you pay! With gas prices hitting the headlines once again and wholesale costs reportedly seeing a 250% surge since the start of 2021, Synergy Grill Technology has seen a significant rise in visits to its cost savings calculator:...
Read More

Synergy Grill Technology is delighted to announce the appointment of James Dudzinski as Regional Sales Manager for the Midlands, North UK and Ireland. James joins Synergy with 26 years’ experience in the catering industry, including 3 years as Executive Sous Chef at...
Read More
Download a brochure
Ask a question
Book a free Demo