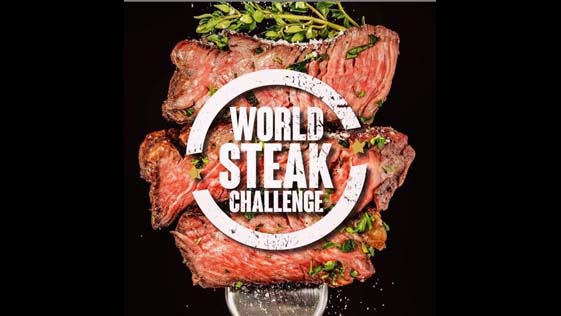 Synergy Grill Technology is delighted to have been chosen as the ‘grill of choice’ by the organisers of the World Steak Challenge for the fourth consecutive year. The event provides steak producers with a much-needed platform to showcase product quality, breed credentials and processing standards on an international stage.

Since 2015, the World Steak Challenge has seen over 1,000 steaks tasted, tested and scored throughout an independent and robust judging process which culminates in an annual judging day every year. As the competitions ‘grill of choice’ for another year, Synergy Grill Technology will yet again play a pivotal role by allowing international steak producers to cook on three of their Trilogy ST900D grills, complete with two burners and SMART control technology for optimum cooking.

Justin Cadbury, Chairman of Synergy Grill Technology, is delighted to be an official supplier of the World Steak Challenge for another year:

“Our Trilogy range is the perfect piece of kit to showcase not only the chef’s expert cooking abilities, but the top quality meat that is used at The World Steak Challenge. Criteria for the ‘cooked’ stage of the judging process includes the appearance, aroma, tenderness, flavour and succulence of each steak, all of which are heightened by Synergy’s patented technology which uniquely cooks the steak, to deliver an intense, bold flavour. By atomising fat and natural oils, food cooked on a Synergy Grill continually self-bastes and retains the moisture, resulting in a more succulent product which has up to 50% less shrinkage!”

Ellie Knight, Head of Events for William Reed, organisers of the World Steak Challenge, explains why Synergy will play such a vital role at the event:

“The World Steak Challenge is back with a bang and we are delighted to choose Synergy Grill Technology once again as the official supplier. Top quality steak requires top quality equipment and we always receive such high praise about Synergy Grills from the chefs and judges alike that it just had to be our grill of choice once again. With a record number of entries to prepare and cook for the expert judging panel, we require reliable, consistent, fail-safe equipment and Synergy without doubt ticks these boxes for us.”

The Synergy Grill will once again take pride of place at the prestigious World Steak Challenge to be held in Dublin on the 27th & 28th September. Synergy has been the grill of choice since the competition began in 2015 and as the call for entries is made for the...
Read More

You would think that attempting to sell BBQ’s to the Aussies would be met with the same response as selling coals to Newcastle or pine to the Scandinavians, but one British Manufacturer has done exactly that, after securing a significant order that will see their...
Read More

Synergy Grill Technology is encouraging operators to #ChallengeSynergy at this year’s Hotel, Restaurant & Catering show by taking their gas bill to stand P505 to see how much they could save when they switch to Synergy. Utilising the company’s cost savings...
Read More
Download a brochure
Ask a question
Book a free Demo